Book One... In An Instant

A Young Adult Contemporary Novel
Summers are supposed to be carefree; a time to relax in the sun and enjoy life. But what if all that changed? What if a normal summer day turned into a day no one would ever forget? We never think it will happen to us, but it can. For Kaden and everyone who loves him, including Emersyn Moore, it did. The day that altered their lives forever happened... and it happened in an instant.

"In An Instant is the one story that has come from my heart more than any other book I've written. Kaden, one of the main characters, suffers injuries that most would think would make life unlivable, at least to the point where a normal life would never be accomplished. However, my nephew suffered the same fate in a similar accident, and even though his life's story is totally different than Kaden's, both lives give me hope. Every time I see my nephew smile, it's like a rainbow, letting me know that the storms of life, as severe as they may seem, are only temporary. The sun will always return, and it's up to us as to how we're going to enjoy it." 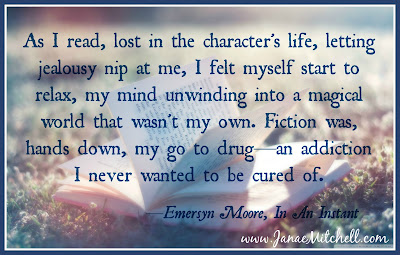 Sixteen year old Emersyn Moore spends her summer days working part-time in a book store, enjoying her next read, and hanging out with her best friend, Brianna. She also spends a lot of time admiring Brianna’s older brother, Kaden, who has made it clear that he sees Emersyn as nothing more than a sister. Emersyn concedes to her sisterly role, keeping her feelings to herself, as well as the fantasies she knows will never become reality. However, when Kaden is involved in a disabling accident, everything changes, including their relationship.

Will it tear them apart, making her long for the sisterly role she’d always despised, or will this life altering experience bring them closer together, forcing Kaden to see her in a new light? Only time will tell.

Time. They say it will heal all wounds, but Emersyn knows that’s a lie. Some wounds never heal, which is evident every time she looks at Kaden.

In an instant, life can change.
It’s not the actual change that matters, but how we react to it.


Kaden Jones’s life will never be the same. The person he once was died the day his motorcycle crashed into a guardrail and through a fence, leaving him physically and mentally broken. Wanting to die, yet not even capable of killing himself, he feels like there’s no hope; that he’s being forced to live a life he no longer wants to live.

In the midst of his despair, there’s one person who has loved him through it all, and that is Emersyn Moore. No matter how broken Kaden appears, she knows the old Kaden is still there, trapped within a shattered shell of his former self, waiting to be rescued. The problem is, will he let her rescue him? Will he let her in, or did the accident change him so much that he’ll always be right out of her reach? 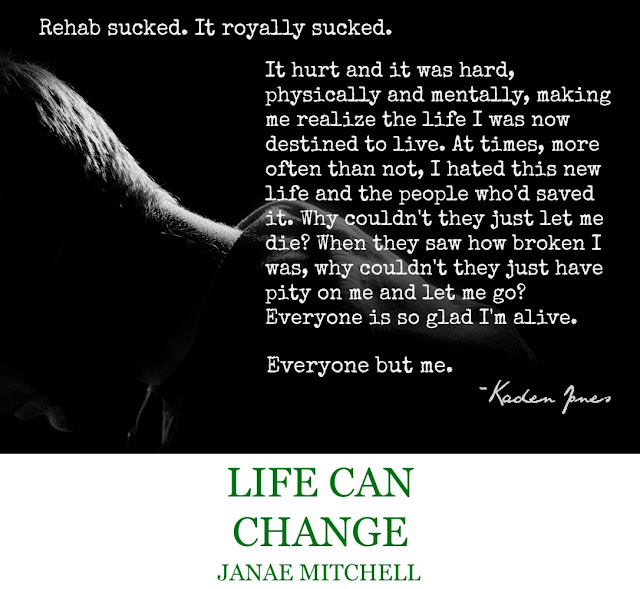 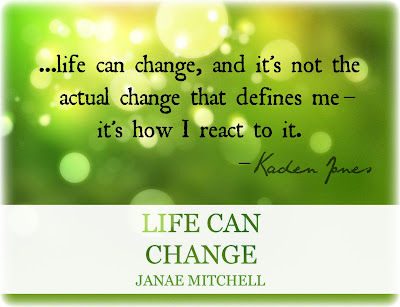 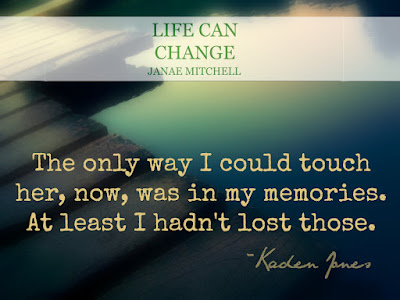 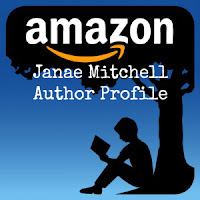 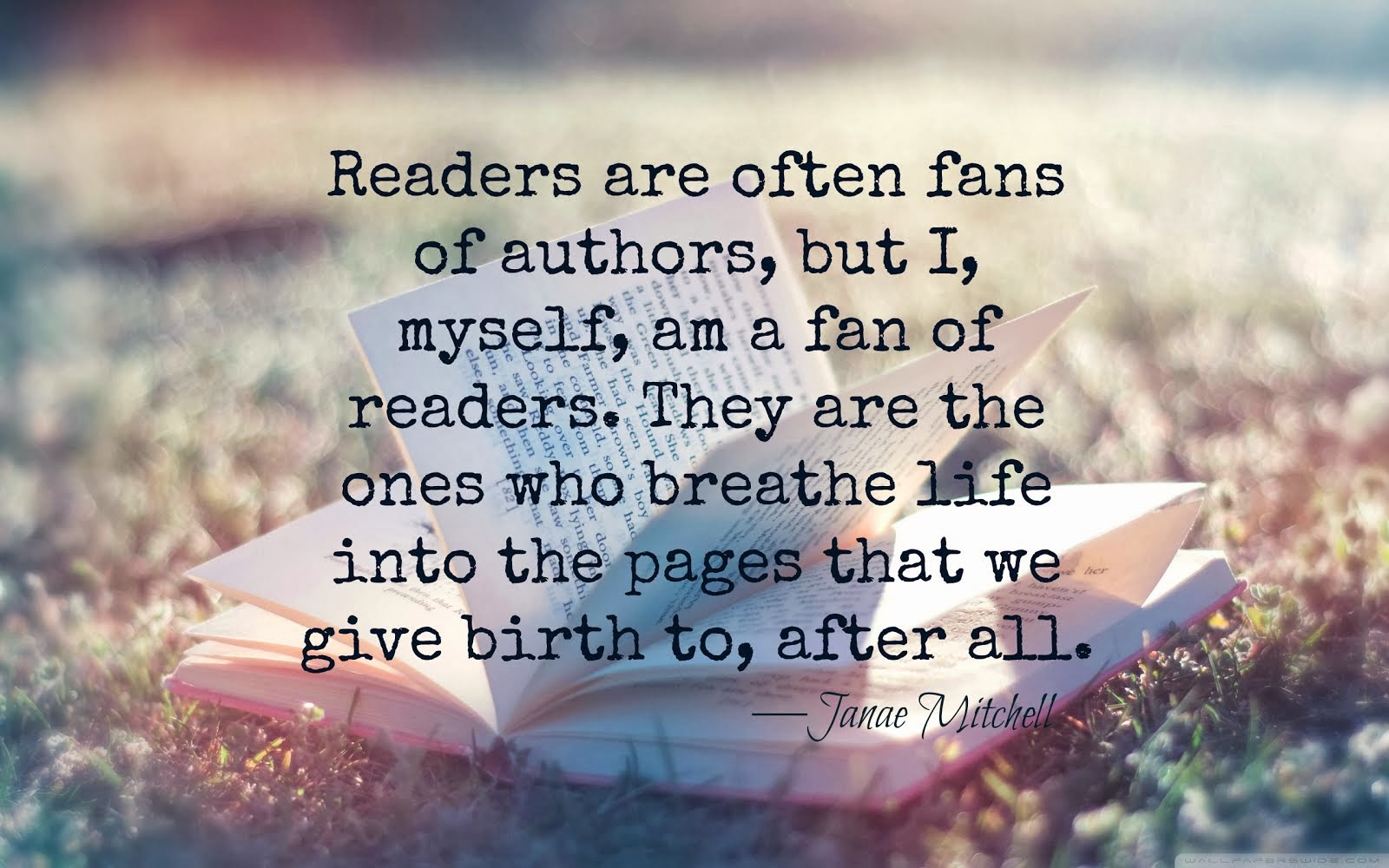